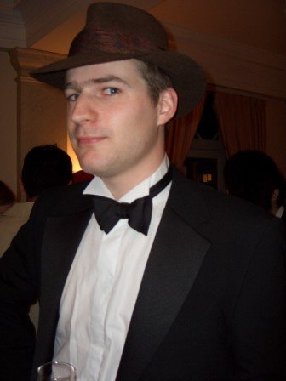 I graduated, after four gruelling years, with an MEng in chemical engineering from Cambridge University in June 2004. I joined the computational modelling group in October of the same year to undertake a project studying soot particle formation. The general aim of this work was to combine the principles of three computer models: population balances for soot particle inception and growth, complex chemistry models which describe in detail the formation of soot from a chemical perspective, and flow-field models (for example, CFD). We have achieved some success in coupling the first two, and continue to work on the third.

I completed my PhD in December 2007, and it was approved in February 2008. I am now working as a post-doc in the computational modelling group, building on the work of my PhD.

My professional background includes three consecutive summers working for an engineering consultancy, Prospect, in Aberdeen. Prospect has an extensive CFD capability, and my work there allowed me to develop an in-depth knowledge of commercial CFD packages; how to augment them, and their limitations.

In my spare time, when I have any, I enjoy hill walking, learning foreign languages and photography. My skills do not extend very far for any of these, but that has never stopped me before. Principally, I continue to practice German, and I have been attempting to learn Spanish for the past few years.

67: A detailed model for the sintering of polydispersed nanoparticle agglomerates

61: Towards a detailed soot model for internal combustion engines

58: A predictor-corrector algorithm for the coupling of stiff ODEs to a particle population balance

Towards a detailed soot model for internal combustion engines