An Ontology and Semantic Web Service for Quantum Chemistry Calculations 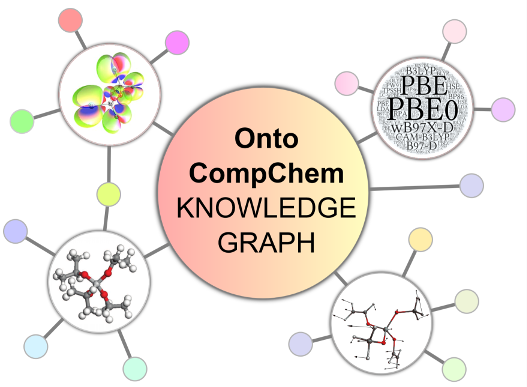 The purpose of this article is to present an ontology, termed OntoCompChem, for quantum chemistry calculations as performed by the Gaussian quantum chemistry software, as well as a semantic web service named MolHub. The OntoCompChem ontology has been developed based on the semantics of concepts specified in the CompChem convention of Chemical Markup Language (CML) and by extending the Gainesville Core (GNVC) ontology. MolHub is developed in order to establish semantic interoperability between different tools used in quantum chemistry and thermochemistry calculations, and as such is integrated into the J-Park Simulator (JPS) - a multidomain interactive simulation platform and expert system. It uses the OntoCompChem ontology and implements a formal language based on propositional logic as a part of its query engine, which verifies satisfiability through reasoning. This paper also presents a NASA polynomial use-case scenario to demonstrate semantic interoperability between Gaussian and a tool for thermodynamic data calculations within MolHub.