The polarisation of polycyclic aromatic hydrocarbons curved by pentagon incorporation: the role of the flexoelectric dipole 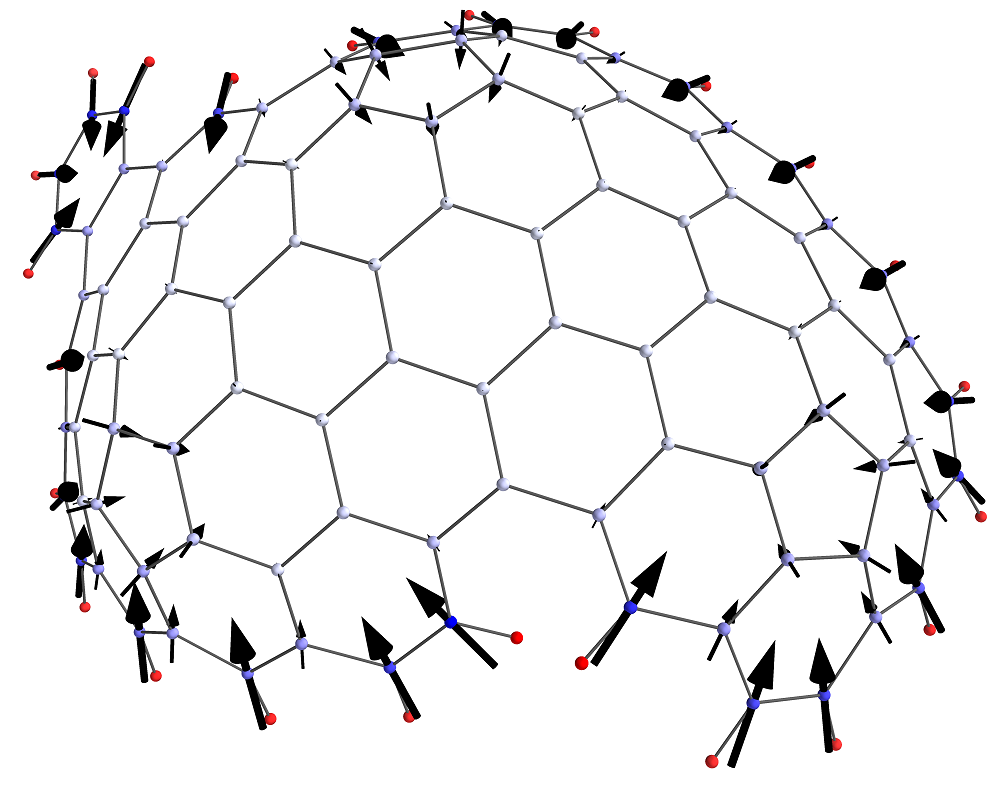 Curvature in polyaromatic hydrocarbons (PAHs), due to pentagon inclusion, produces a dipole moment that contributes significantly to self-assembly processes and adsorption at the surface of carbon materials containing curved structures. This work presents electronic structure calculations of the dipole moment for 18 different curved PAH molecules for various numbers of pentagons and the total number of aromatic rings. A significant dipole moment was found that depends strongly on the number of aromatic rings (4-6.5 D for ring count 10-20). The main cause for the dipole is shown to be the π-electron flexoelectric effect. An atom-centered partial charge representation of the charge distribution in these molecules is insufficient to correctly describe their electrostatic potential; distributed multipoles were required instead.