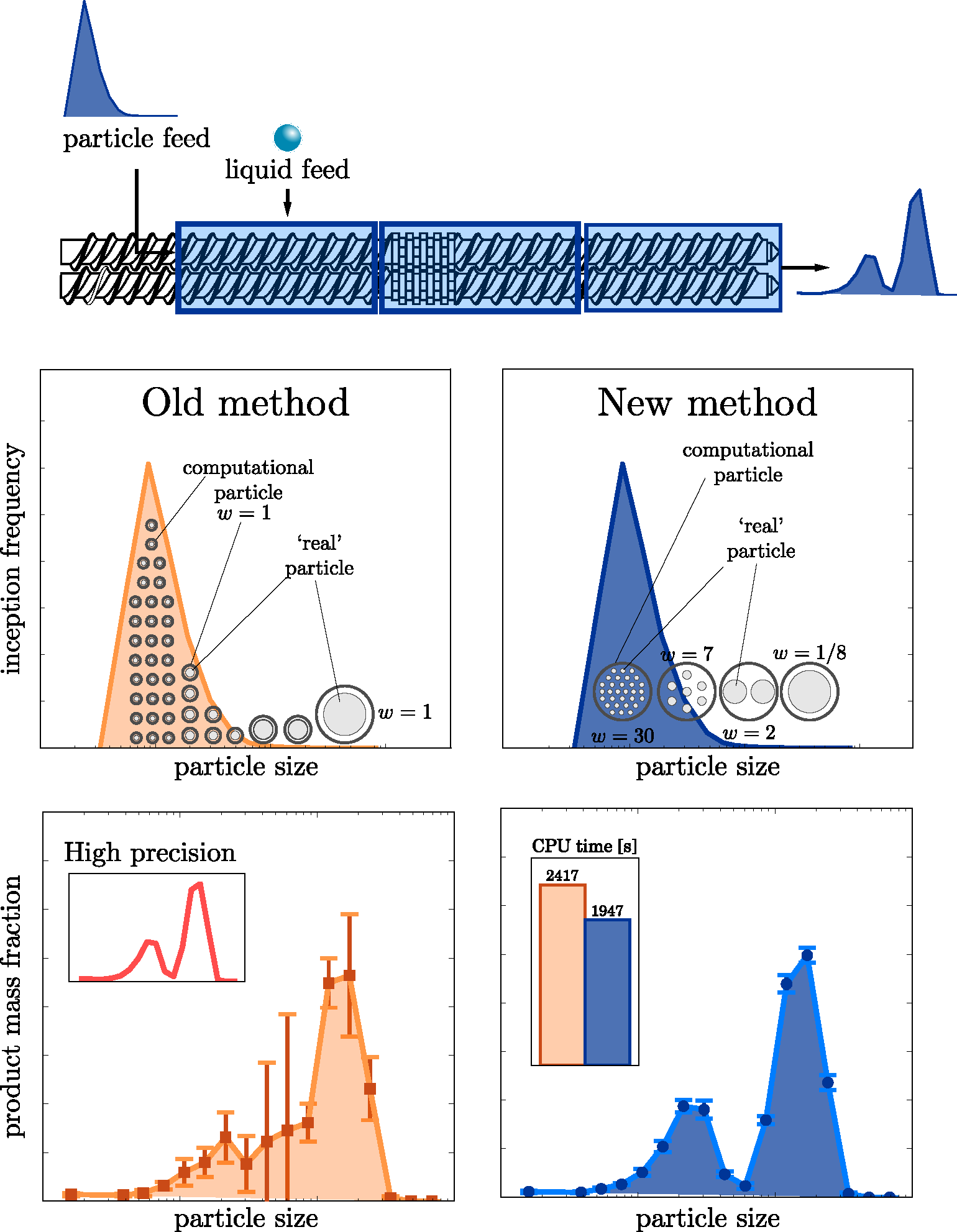 In the second part of this study, we present the stochastic weighted particle population balance framework used to solve the twin-screw granulation model detailed in the first part of this study. Each stochastic jump process is presented in detail, including a new nucleation jump event capable of capturing the immersion nucleation processes in twin-screw granulation. A variable weighted inception algorithm is presented and demonstrated to reduce the computational cost of simulations by up to two orders of magnitude over traditional approaches. The relationship between the performance of the simulation algorithm and key numerical parameters within the nucleation jump process are explored and optimum are operating conditions identified. Finally, convergence studies on the complete simulation algorithm demonstrate that the algorithm is very robust against changes in the number of stochastic particles used, provided that the number of particles exceeds a minimum required for numerical stability.

Material from this preprint has been published in Chemical Engineering Science.