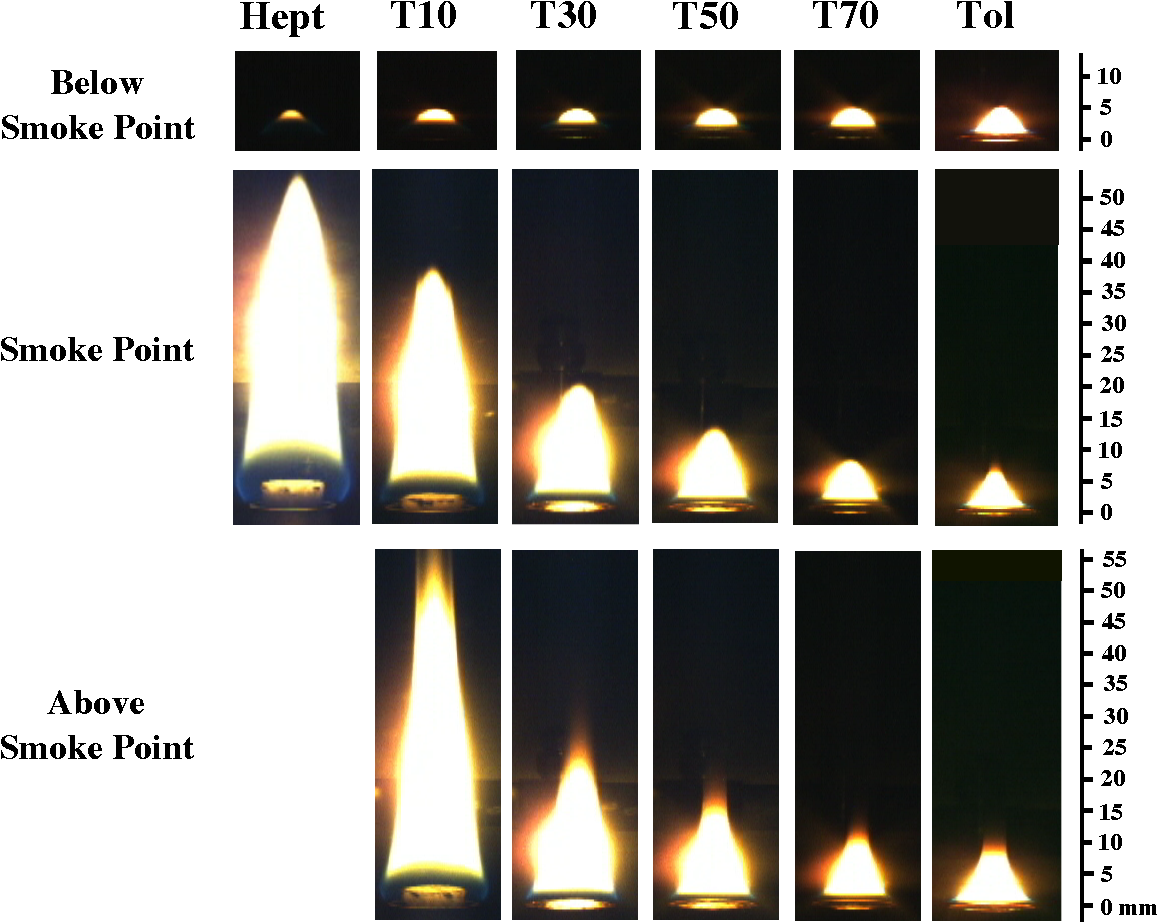 The sooting characteristics of binary mixtures of n-heptane and toluene and a commercial gasoline were studied. The experiment involves the non-premixed combustion of the fuel in wick-fed burner. The particle size distributions (PSDs) of soot were measured at the tip of flames of different heights, using a differential mobility spectrometer (DMS). Transmission electron microscopy (TEM) was used to investigate the morphology of the particles formed. Pure n-heptane and toluene were studied along with blends of 10%, 30%, and 50% by volume of toluene in n-heptane. The addition of toluene to heptane shifts the PSD to larger diameters. As toluene is added to n-heptane the dependence of soot particle size on flame height changes from resembling a paraffinic to resembling an aromatic fuel in a non-linear fashion. A tolerance to toluene addition at the lowest flow rates was found, where particles were not detected. A commercial gasoline with approximately 44% by mass of aromatics was also analysed. The smoke point (SP) and PSDs are similar to the mixture 50% toluene 50% n-heptane, but the mean aggregate mobility size, number of particles and primary particle size formed by the gasoline are smaller.

Material from this preprint has been published in Fuel.