Theoretical study of the Ti-Cl bond cleavage reaction in TiCl4 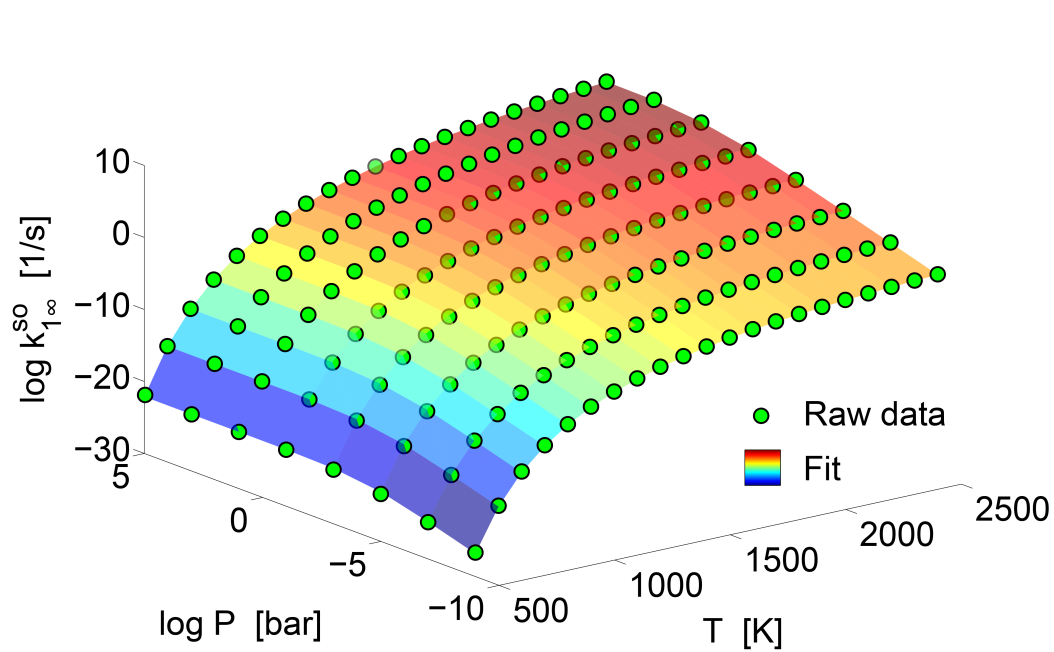 In this work the kinetics of the TiCl4 <=> TiCl3 + Cl reaction is studied theoretically. A variable-reaction coordinate transition-state theory (VRC-TST) is used to calculate the high-pressure limit rate coefficients. The interaction energy surface for the VRC-TST step is sampled directly at the CASPT2(6e,4o)/cc-pVDZ level of theory including an approximate treatment of the spin-orbit coupling. The pressure-dependence of the reaction in an argon bath gas is explored using the master equation in conjunction with the optimised VRC-TST transition-state number of states. The collisional energy transfer parameters for the TiCl4-Ar system are estimated via a ''one-dimensional minimisation'' method and classical trajectories. The Ti-Cl bond dissociation energy is computed using a complete basis set extrapolation technique with cc-pVQZ and cc-pV5Z basis sets. Good quantitative agreement between the estimated rate constants and available literature data is observed. However, the fall-off behaviour of the model results is not seen in the current experimental data. Sensitivity analysis shows that the fall-off effect is insensitive to the choice of model parameters and methods. More experimental work and development of higher-level theoretical methods are needed to further investigate this discrepancy.