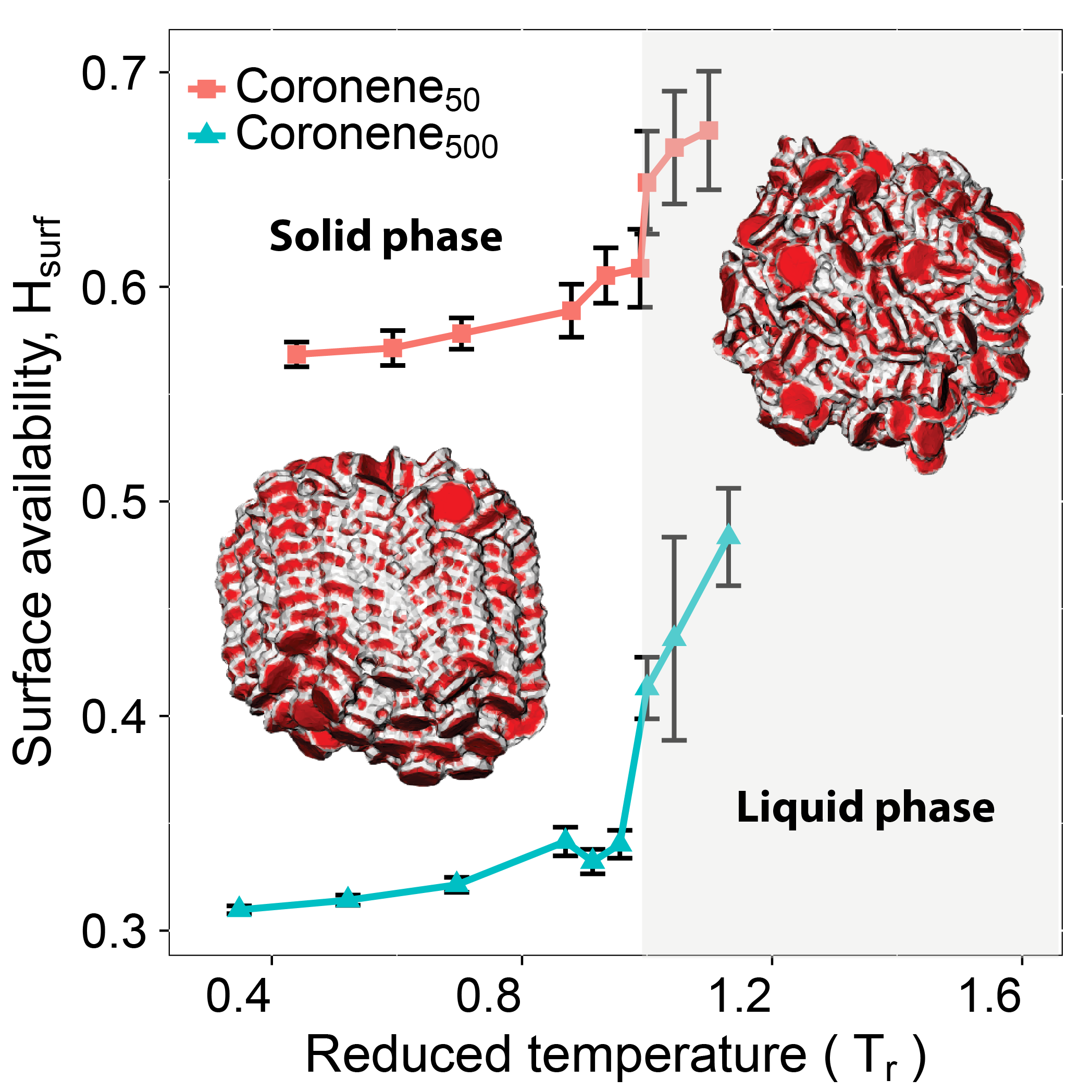 A scheme to characterise surface atoms is proposed to probe molecular representations of homogenous pyrene and coronene clusters. The concept of solvent-excluded surface, which is widely used for proteins, forms the basis of this scheme. The scheme is used to provide insights into the surface reactivity in terms of the surface availability of active atoms and sites for different gaseous species. It was found that the surface availability of active sites varies with gaseous species, system temperature and particle size. The number of active sites available for a small gaseous species is always greater than that for a large species. Surface exposure increases with an increase in temperature and an obvious enhancement exists when transforming to liquid-like configurations. The surface availability decreases with increasing particle size following a linear relation with reciprocal size. The parameter alpha, which is used in the soot literature to empirically quantify surface reactivity, was further estimated in the context of HACA mechanism and was approximately 0.8-0.9 for reactions between soot particles and acetylene. By exploring one particular pocket on the surface of a coronene cluster with 100 molecules, it was noted that it is feasible for both oxygen and acetylene molecules to penetrate inside the cluster in principle. However, the lifetime of individual pockets was found to be very short compared to the time-scale of a surface reaction, thus ruling out the possibility that surface reactions can take place in regions beyond the boundary by means of surface pockets.