Extended first-principles thermochemistry for the oxidation of titanium tetrachloride 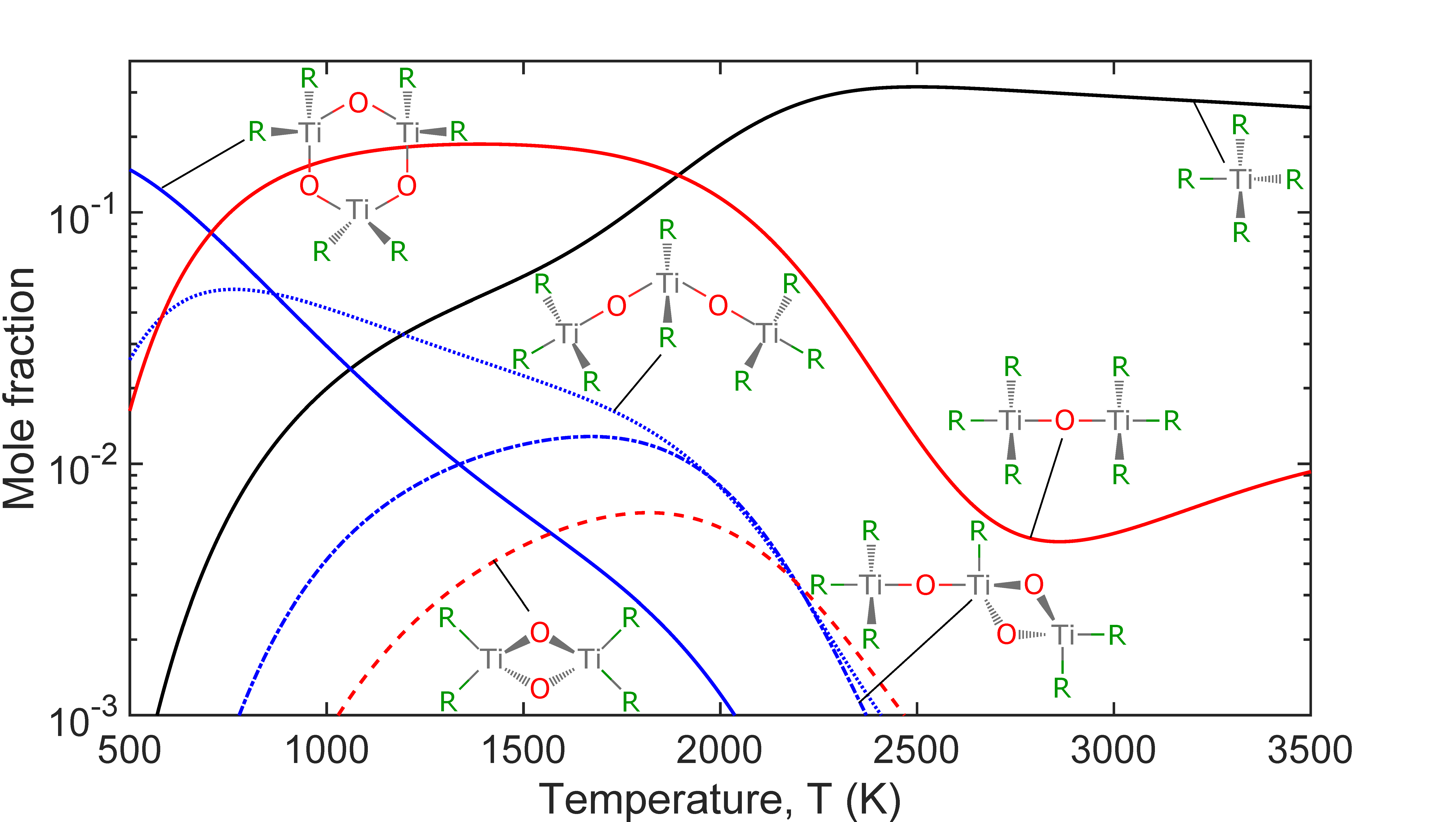 A detailed first-principles investigation of the gas-phase precursor chemistry of titanium tetrachloride (TiCl4) in an O2 environment is used to identify the thermodynamically most stable oxidation products. Candidate species are systematically proposed based on twelve manually defined base moieties in combination with possible functional groups attached to each moiety. The ground state geometry and vibrational frequencies for each candidate species are calculated using density functional theory at the B97-1/6-311+G(d,p) level of theory. A set of 2,328 unique candidate species are found to be physically reasonable. Their thermochemical data are calculated by applying statistical thermodynamics. Standard enthalpies of formation are estimated, if unknown, by using a set of error-cancelling balanced reactions. An equilibrium composition analysis of a mixture of TiCl4/O2 (50 mol%) at 3 bar is performed to identify the thermodynamically stable products. At low temperatures, below approximately 700 K, trimer species are dominant. This is followed by a mid-temperature range of 700 to 1975 K where Ti2OCl6 is the most abundant species, before its thermodynamic stability decreases. Between 1200 and 1825 K TiCl4 is the most stable monomer. At temperatures above 1975 K TiOCl2 becomes the dominant species. This species has been measured experimentally. A structural analysis is used to suggest further potentially stable higher polymers and defines a starting point to investigate the mechanisms leading to the formation of titanium dioxide (TiO2) particles.