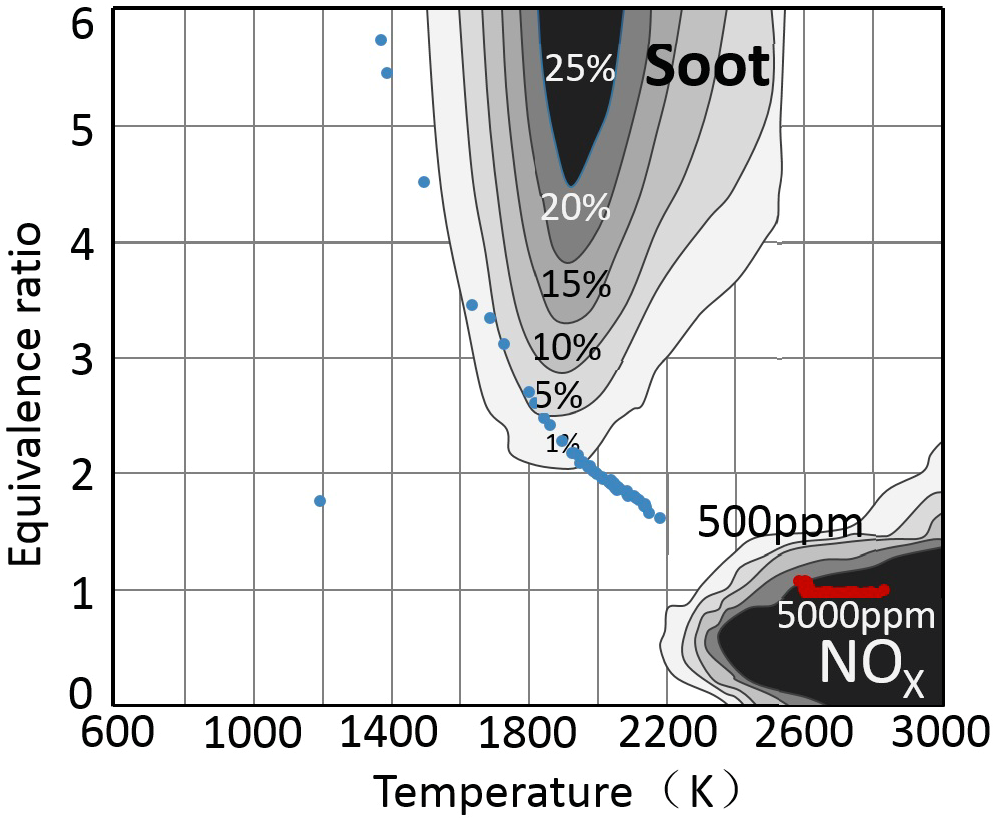 In this study, soot formation in a Gasoline Direct Injection (GDI) engine is simulated using a Stochastic Reactor Model (SRM Engine Suite) which contains a detailed population balance soot model capable of describing particle morphology and chemical composition. In order to describe the soot formation originating from the wall film, the SRM Engine Suite is extended to include spray impingement and wall film evaporation models. The cylinder is divided into a wall and a bulk zone to resolve the equivalence ratio and temperature distributions of the mixture near the wall. The combustion chamber wall is assumed to exchange heat directly only with the wall zone. The turbulent mixing within each zone and between the two zones are simulated with different mixing models. The effects of key parameters on the temperature and equivalence ratio in the two zones are investigated. The mixing rate between the wall and bulk zone has a significant effect on the wall zone, whilst the mixing rate in the wall zone only has a negligible impact on the temperature and equivalence ratio below a certain threshold. Experimental data are obtained from a four-cylinder, gasoline-fuelled direct injection spark ignition engine operated stoichiometrically. An injection timing sweep, ranging from 120 CAD BTDC to 330 CAD BTDC, is conducted in order to investigate the effect of spray impingement on soot formation. The earliest injection case (330 CAD BTDC), which produces significantly higher levels of particle emissions than any other case, is simulated by the current model. It is found that the in-cylinder pressure and the heat release rate match well with the experimental data. The particle size distribution in the simulation has the same order of magnitude as the experimental one. By tracing the particles in an equivalence ratio-temperature diagram, it is demonstrated that the rich mixture near the wall becomes the source of the soot formation as a result of the wall film evaporation.